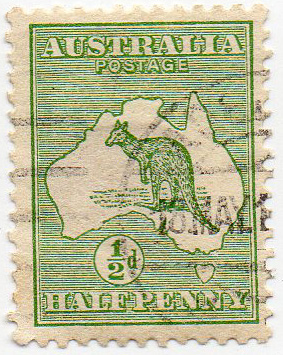 One of the most commonly asked questions when someone sees a stamp collection is "What is it worth?". Well the probable answer is " Nowhere near what you think it might be!".

In the case of a singe country collection, be it mint or used, the overwhelning majority of items contained within it will be very ordinary and mundane stamps that were issued and collected in their millions. Only seldom will there be a rarity that would fetch a high price should it come onto the market.

As with all other collectibles, prices for philatelic items are totaly dependent on the forces of supply and demand, overall condition and the willingness of the buyer to pay what is being asked for.

The supply of most stamps far outweighs the demand in the collector market for them and as such they are almost of no real value. The cataloges list a price that you would expect to pay through a dealer but this is usually a token amount to cover handling as they would have overheads on conducting their business. This said - the same common stamp with an error such as miss perforation, missing colours or portion of the design may sell for a large sum as a "rarity".

Some stamps - and they are usually the higher denominations in the particular series can be of value due to being printed in a lesser quantity and thus harder to come by for someone looking to complete a set. These too can have a wide variation in value due to factors such as centering, thins, grubbyness, missing corners or perforations, heavy cancellations. Scruffy items will barely have a demand whilst the pristine example will not be on the market for very long before it gets snapped up by a willing collector.

Some countries print stamps mainly for the collector market as a ready source of foreign revenue and in such huge numbers that these are also virtually worthless from a financial point of view. Thematic collectors may pay a few dollars for something that fits their interest but most would be better off used to wallpaper the kids toy box.

So the bottom line is this..... If you have a collection and are looking to sell it, be prepared to be disappointed as it is in reality worth a miniscule fraction of the figure that you will have imagined. Old does not necessarily equate to rarity or enhanced value. Mint decimal stamps will probably attract a third to half of their face value so if you are a prolific letter writer you would be better off using them for postage as they are still valid. Before you do anything - get some advice from a reputable dealer or a local club so as to determine if there are any gems present. You may decide to hang onto it for posterity, auction it off for whatever you can get or donate it to a club or collector just starting out. But DONT expect to pay out your mortgage or go on a holiday. Prepare to be disappointed but there is a slim chance of similar odds to winning Powerball that you could get a windfall of sorts.

Its likely fate is that it will get broken up with the better items augmenting someone elses collection with the remainders neglected and unloved.